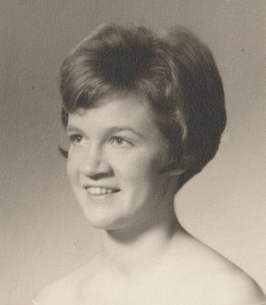 Ann Wilkerson Williams passed away in Roanoke, VA at age 77 on June 23, 2022 after struggling with multiple health issues.

Ann was born and raised in Staunton, VA to Russell and Eloise Wilkerson. An accomplished and
talented musician from a young age, she played in the Robert E. Lee High School band and performed in the school’s renowned variety show. She also loved to write and was editor of the Record, a collection of student fiction and poetry. Ann earned a Bachelor of Music Theory & Composition from Mary Washington College in 1967 and was a member of Mu Phi Epsilon. She was introduced by mutual friends to US Navy Lt. John Garfield Williams and they were married at Augusta Stone Church in 1967. John was deployed at NAS Jacksonville, FL, where they started a family, and then to Rota, Spain. When John was honorably discharged they settled in Laurelhurst in Seattle, WA. Ever the dedicated musician, Ann was a piano teacher, choir director, composer, and accomplished pianist - spoiling her family with Chopin and Beethoven performances throughout her life. John and Ann moved to Charlottesville, VA in 1989 and to Roanoke in 1998, enjoying time with Ann’s family. Ann was a staunch advocate for others through her charitable support, especially children’s education and health. She also served as leader of the Good Citizens college scholarship program for Daughters of the American Revolution Beverly Manor Chapter. A thorough historian, she traced her lineage back to the Scottish Elliot & Frasier Clans and enjoyed travel to the British Isles. She will be remembered for her faith, intelligence, musical talent, wry sense of humor, her loyal support of friends and family, her incredible memory, and for her compelling heart-to-heart conversations.

The family request donations be made to St Jude's Research Hospital at: www.stjude.org/give