To share your memory on the wall of Charles Jennings, sign in using one of the following options:

Tom was known for his love of family and generosity of spirit. He coached for over 30 years and touched the lives of three (3) generations of kids. He was actively involved in the Mt. Pleasant Rec. Club.
Tom proudly served his country in the U.S. Navy (1952-1955) and U.S. Navy Reserves from 1955-1960.
He worked for Tultex for over 30 years and retired. Then he went to work for Kroger for 15+ years and retired again. He was a hard worker and didn't believe in missing work!

Visitation will be held from 2pm-4pm, Sunday, September 27, 2020, at Oakey's Roanoke Chapel. Private services will be conducted at Southwest Virginia Veterans Cemetery in Dublin, VA, at a later date.

Donations in Tom's memory may be made to the Wounded Warrior Project.
Read Less

Posted Oct 03, 2020 at 08:11pm
One of the sweetest men I have known. I remember as a kid, Tom, Emma Jean, and Mom and Dad playing Rook and Spoon! Lots of laughing! Wonderful memories of Tom throughout the years. Such a mild mannered, caring man. Great memories of Rhonda and I playing as kids too. ❤️
Comment Share
Share via:
EL

Posted Oct 03, 2020 at 07:30am
Tom Jennings was quite a guy. I've known him longer than I can remember. He was the kind of man that you couldn't wait to talk to when you knew you were going to see him. Quick with his dry wit, he had a way of making everyone feel welcome. . I can't remember a time when he didn't have a smile on his face. It was special when he would seek you out to check how you were doing since the last time he had seen you. He will surely be missed, and his calm and happy example will carry on through his wife, children and grandchildren, and for all the rest of us who proudly knew him. I'll be looking for you when I get there Tom!
Comment Share
Share via:
RJ

As I type this, I am sitting in your favorite comfortable chair with your bell in sight, I look outside to see what you saw every day when you chose not to watch TV. I wish there was a better view but at least you see the view of the ramp that Wes made for you. I am a little sad that you only got to use it for a few weeks. Mom says it’s a deck that happened to be a ramp now.

I love hearing stories about you from others and learning something new about you. But what is not new to me is the love people have for you. You are well respected, a great role model, and a hardworking family man. That, I know of because I have experienced it myself. Your values have passed on to me as well as my brother, Mike. You always made sure we were fed, cared for, and had something we could use to play with. You were such a wonderful father; I am happy I had you and would never change anything about that part.

When I was still hearing, my favorite memory of you was us singing in front of the record player. I still sing one of the songs these days when I am driving. This way no one has to hear me. I had decided to put that song in the memorial slideshow on the day of service to honor you. Another song was a tribute to how you are my hero and pretty much everyone else’s hero. Because you were being you. I hope you know that.

I do know the day I became Deaf was the hardest day of your and mom’s life. There is no doubt because as a mother myself, I worry out of my mind about my child and finally understood what it meant to be a parent. Even though you have always said that you wish what happened to me happened to you, I am glad it did not happen to you. I am okay because of you both. You made sure I had access to sign language, a language you and mom learned before I did! You made sure I had the latest technology for the Deaf so that I could have access to whatever I needed. You even learned to use a Smart phone and had a Facebook account! You made sure I had free choices regarding my journey as a Deaf individual. I became stronger because of you both. You even came to my games and I was only a cheerleader! You made sure both Mike and I had you both as cheerleaders at our games. For that, I thank you for being such a wonderful father and for mom for being such a wonderful mother.

I inherited something from you: your red hair, hazel eyes, and temper. But that is not all! I also inherited values as a person in society, as a mother, and as a worker. You always had a good sense of humor and loved to pick on mom, I also inherited that humor. We have to laugh to stay healthy! I loved seeing you laugh.

The day you died; my heart broke. I was standing by my kitchen window weeping and suddenly a male Cardinal appeared on my tree outside and I could not help but think it is you who came to visit me for a few seconds. I will always look for signs of your visit. My iPhone has a new feature: Sound Recognition. One of the sounds they recognize is a baby crying. I am not sure it is useful, but this morning as I was in your office trying to find your memory cards to send to your siblings, my phone kept telling me a baby was crying but no one was here. I walked to the bathroom and it still said a baby was crying. So, I thought okay, this must be daddy and I started to tell you this: “Daddy, we are okay. Mom is okay. Yes, we are sad, but we will be okay. You can go rest and be at peace. Watch over mom and us. We love you very much. We will see you again.”

You will forever be in our hearts for what is remembered, lives. 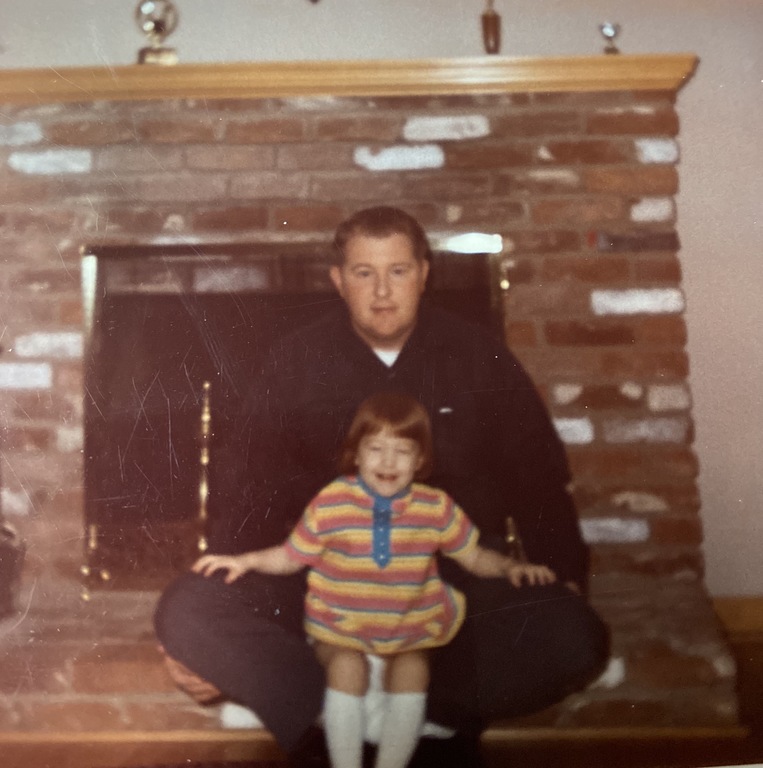 Posted Sep 29, 2020 at 11:59pm
I love my grandpa with all my heart. Loved what my Uncle Mike said about how he loved to stir the pot, haha he sure did... that’s all he would do to Emma, my grandma. Picking on every single one of us all the time, cracking jokes. I miss that, that’s what I picture when I think of him. The best memories I have is spending my whole childhood Christmas with both my grandparents, I was always so excited to spend Christmas with them and every year there were traditions with all with the rest of our family, and breakfast at Famous Anthony’s. Also when he always came to support me, made sure I knew that he loved me, giving the best hugs. Didn’t ever judge me about being a young mom, that hits close to home. He was a fighter. He was one of the greatest men you would ever meet. He and my grandma are the hardest working people I know. I’m so happy that have him as my grandpa. I sure do miss every single thing about him, always will. I will forever hold my memories with him very close to my heart.

Till I see you again gramps, I love you so much. I know you are watching over all of us, keep a close eye on Emma ;)
Comment Share
Share via: 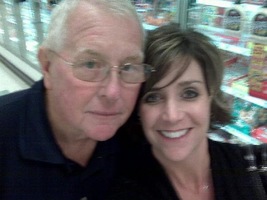 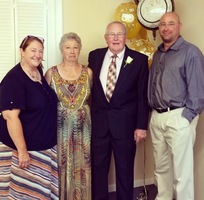 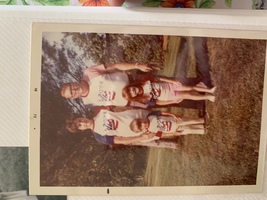