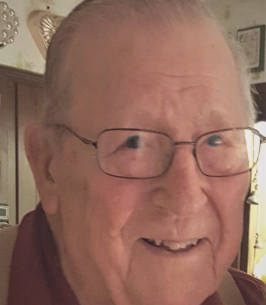 Charlie was born in Wytheville, Wythe County, Virginia , on March 8, 1923, the son of Charles William Sult and Ruth Virginia Six Sult. He was educated in Wythe County Schools and was a multi-sport athlete, earning varsity letters in football, baseball, and track. He served in the U. S. Army during World War II (Staff Sergeant, Medical Detachment, 581st Anti-Aircraft Artillery, Automatic Weapons Battalion) in England, France, and Germany, receiving battle stars for service in the Allied Rhineland Campaign (Remagen Bridgehead) and the Central Europe Campaign.

Under the GI Bill, he attended and graduated from Emory and Henry College (B.A.) and Vanderbilt University (M.A.). Upon completion of his studies he was employed by IBM (Administrative Management Division), with assignments in Evansville, Nashville, Cleveland, Chicago, and Roanoke, Virginia, where he retired after 40 years of service. A long time member of Cave Spring United Methodist Church, Charlie sang in the choir and took part in many church activities, including the Thursday Morning music club. He was also a member of Wytheville Masonic Lodge 82, Roanoke Scottish Rite, and Kazim Shrine Temple, and held memberships in several civic organizations, including the Rotary, Exchange, and Kiwanis clubs.

The family will receive friends from 2 until 4 p.m. on Sunday, September 26, 2021 at Oakey’s South Chapel. A private graveside service will be held. In lieu of flowers contributions can be made to Cave Spring United Methodist Church, Rescue Mission or the Salvation Army.