To share your memory on the wall of Clifford Weckstein, sign in using one of the following options:

Print
Retired Roanoke Circuit Court Judge Clifford Robert Weckstein, 71, of Roanoke, Virginia, died on Saturday, June 20, 2020, after a long illness.
He was preceded in death by his parents, Norbert Leon Weckstein and Gloria Buechler Weckstein, and h... Read More
Retired Roanoke Circuit Court Judge Clifford Robert Weckstein, 71, of Roanoke, Virginia, died on Saturday, June 20, 2020, after a long illness.
He was preceded in death by his parents, Norbert Leon Weckstein and Gloria Buechler Weckstein, and his infant son, Paul Campbell Weckstein.
He is survived by his children, Ginny Weckstein (Nick Seager), Meg Weckstein (Rob Kelly), and Ben Weckstein (Julia Weckstein); three grandchildren, Sam, Teddy, and Ida; his brother, Daniel R. Weckstein (Jennifer Toomey); his sister, Barbara W. Kaplowitz (Brett W. Kaplowitz); brother and sisters-in-law, John and Gatewood Eure and Deane Eure (Robert C. Eure, deceased), Ginger Eure, to whom he was married for 34 years; eight nieces and nephews; and his beloved pug, Ella.
He was a former board member at Beth Israel Synagogue, Roanoke.
Cliff was born in Cincinnati, Ohio, on March 30, 1949. His family moved to Roanoke when the General Electric Company transferred his father, an engineer, to its new Salem plant. He graduated from Patrick Henry High School in 1967, and from the University of Virginia in 1971, where he was a leader in student organizations including the Jefferson Society and the University Guide Service. He lived at No. 7 West Lawn during his fourth year. Over three summers during and after college, he worked, first as an intern and later as a copy editor, for the Roanoke World-News, and he maintained a keen interest in the principles of journalistic integrity and a sharp editor’s eye for the rest of his life. He was a 1974 graduate of the Marshall-Wythe School of Law of the College of William and Mary, where he edited the student newspaper.
In 1974, Cliff began practicing law in the Roanoke law office of Barry N. Lichtenstein, remembered as a model lawyer who combined civility, genuine kindness, legal acumen, and persistence, and who passed these traits on to his young colleague, Cliff. Cliff continued his private practice for 13 years, handling everything from personal injury cases to capital murder, serving as a substitute judge in the 23rd Judicial District, and gaining recognition as a “lawyers’ lawyer” who could advise and assist on a wide array of subjects. In 1987, at age 39, he began a 28-year career as a judge of the 23rd Judicial Circuit, comprising Roanoke City, Roanoke County, and Salem. At his retirement in 2015, he was the longest-serving active circuit court judge in Virginia.
As a judge, Cliff distinguished himself as a thoughtful, compassionate jurist of unquestioned integrity, with an encyclopedic knowledge of the law, a keen legal mind, and a devotion to applying the law as correctly as possible to the cases before him. He treated all participants in the legal system with respect. He helped young lawyers develop their skills and gave wise counsel to other judges who sought his advice.
Throughout his career, Cliff was committed to professional education and the improvement of the judicial system. He held leadership positions in the Judicial Conference of Virginia, the Virginia State Bar, and other organizations. He was a much-sought-after lecturer and author in continuing education programs for lawyers and judges. For nearly 30 years he taught at the National Trial Advocacy College at the University of Virginia School of Law, which, in 2003, honored him with the William J. Brennan, Jr., Award for his outstanding trial and judicial skills and his contributions to advocacy education and to the legal profession.
Known for his quick wit, intelligence, and gentle, self-effacing humor, Cliff was someone with an exceptionally wide and strong network of friends. When he made a friend, he maintained that relationship for life, and he leapt into action to help anyone who needed it, a generosity that was more than repaid by the extraordinary kindness and faithfulness of his many, many friends.
Cliff was a person of passionate and wide-ranging interests. He had impressive collections of pens, watches, and fine ties. He read voraciously, everything from legal biographies to crime fiction, and remembered everything he read. He loved gentle romantic comedies and classic movies. He was a spectacular gift giver and derived a particular joy from choosing the perfect gift for someone he loved. He loved to sing in his booming, baritone voice. He had a fondness for silly puns and loved babies. He cared deeply about his community, and maintained a life-long, principled faith in justice.
Upon Cliff’s retirement, his close friend, now-retired Judge Samuel G. Wilson, of the U.S. District Court in Roanoke, summarized Cliff’s career for the Roanoke Bar Review. He quoted another Virginia circuit court judge‘s description of Cliff as “the Mark Twain of the Virginia Judiciary, [a man with] a special insight into the worldly controversies that are forever flummoxing judges, a special command of the English language, and a red pencil respected by his peers.” Judge Wilson noted Cliff’s love of English and American literature and the rhythms of well-used English, his command of world history, and his fierce devotion to correct grammar, correct usage, and factual accuracy. The article concluded: “There is a pureness of purpose that is rarely seen, a purpose to contribute, to make a difference, to give rather than to take, to see goodness that is hidden from others, and to respect the marginalized. I cannot say,” Judge Wilson wrote, “that I recognized that Cliff had these precise purposes in his heart when we first met in a courtroom in 1974. But I do take credit for this – I recognized that there was something special about him. Forty-one years later, I can now report what I’ve seen.”
Cliff will be buried in a private graveside service on Wednesday. A memorial service will be held at a later date, when we can all come together to remember him and celebrate his extraordinary life.
In lieu of flowers, donations may be made to the American Diabetes Association or the Myasthenia Gravis Foundation of America.
Read Less

Receive notifications about information and event scheduling for Clifford

We encourage you to share your most beloved memories of Clifford here, so that the family and other loved ones can always see it. You can upload cherished photographs, or share your favorite stories, and can even comment on those shared by others.

Cathye and I were so sorry to hear of the passing of Judge Clifford Weckstein.

He was a very good friend and so well respected. As a jurist, Judge Weckstein leaves a legacy of intelligence and integrity in the Roanoke Valley.

He will be greatly missed by his many friends. Please accept our deepest sympathy.

Posted Jun 24, 2020 at 04:47pm
It should be noted that Cliff was a stellar member of the Class of 1967 at Patrick Henry High School. No one from that class will ever forget his accomplishments.
Comment Share
Share via:
SS

Posted Jun 24, 2020 at 04:31pm
This is a beautiful tribute to Cliff. Cliff spent so much time giving to his community that we are left with nothing but gratitude. His dedication to his family, friends, community and his profession was exemplary. His insight into families and relationships was often thought provoking and kind. He was a true mensch. Cliff and I shared an affection for watches and discussed the nuances of technologies between movements and brands.

Cliff left this world loved and will be loved beyond. I will miss him. To his family, the people we love will always live in our hearts. I am sorry beyond words for your loss. May his memory be a blessing.

Posted Jun 24, 2020 at 12:06am
What a beautiful tribute in today’s newspaper. Cliffs success was immeasurable. Shirley worked at L & W in the late 70’s and learned so much from him. May he rest in eternal peace. You are all in our thoughts and prayers. God bless with much respect and admiration.
Shirley and Paul Reid
Comment Share
Share via:
BL

Posted Jun 23, 2020 at 11:59am
Words cannot express how saddened I am that we have lost Cliff. He was an amazing man, with an amazing mind and he genuinely cared about people and their troubles. He was a mentor to so many and his death will create a huge void in our hearts, as well as in the legal community. I consider myself incredibly fortunate to have gotten to know him as well as I did, and to have spent so much quality time with him, particularly in the latter years of his life. I considered him both a dear friend and a surrogate father of sorts, and I will never forget the many long talks we shared. They will be treasured always. To Meg, Ginny, Ben, Ginger, Barbara and Daniel, as well as all of the other family and close friends - my heart goes out to you and please know I am here is there is anything I can do. We have lost a very special soul that can never be replaced. My deepest condolences - Britt Lorish
Comment Share
Share via: 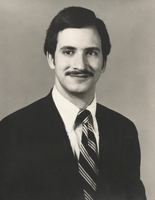