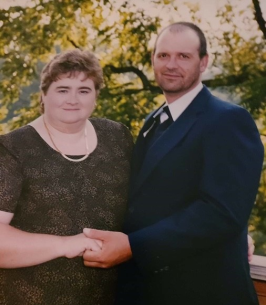 Donald James Farley, 58 of Goodview passed away at his home on Monday, February 21, 2022. Don was born on May 18, 1963 in Bluefield, West Virginia to his parents, Carl “Wilson” Farley and Amma Barber Farley. He was preceded in death by his parents and his wife of 38 years, Teresa Farley in June 2021.

Don was an HVAC Technician by trade but was able to “MacGyver” most anything. If something needed fixing, Don could do it. In earlier years, Don was an EMT and member of the Montvale Rescue EMS. Don enjoyed spending time with his beloved dogs.

He is survived by his daughters, Kayla Brinkley (Kevin) and Adrian Farley; his grandchildren, Keith, Karrie and Kate Brinkley; his brother, Bernard Farley; and his sister, Brenda Bailey.