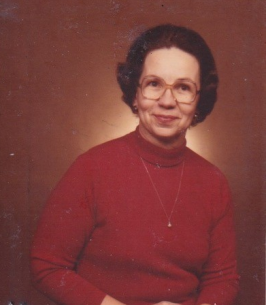 Born in Roanoke on April 5, 1935, she was the daughter of the late Paul Lorraine Reid and Louise Morgan Reid. She was preceded in death by her daughter, Audina Louise Parker.

After their marriage in 1957 and giving birth to three children, Liz began her thirty-five-year career as a school librarian at Big Island High School and then Stewartsville Elementary School in Bedford County. In 1970, she opened the library at the new Ruffner Junior High School, then later became the librarian at William Fleming High School while continuing her education by earning a master’s degree from Radford University. From Fleming, she moved to Northside Junior High School in Roanoke County, where she spent the rest of her career.

She was a member of two sororities, Alpha Delta Kappa and Delta Kappa Gamma. She and her husband were members of Colonial Avenue Baptist Church.

She and her husband were active. In addition to the flower and vegetable gardens they maintained at home, she and Bill had a large garden on their land in Franklin County. Liz canned much of the produce. She and Bill got more exercise by hiking and camping.

When they moved to the Pheasant Ridge Retirement Home, one of her first activities was to organize the building’s library according to the principles she’d practiced during her working years. She was also active in the Great Courses group.

She will be interred at Evergreen Cemetery in a private ceremony. A memorial service will take place in the spring.

Memorial contributions may be made to: the Diabetes Action Research and Education Foundation, PO Box 34635, Bethesda, MD 20827