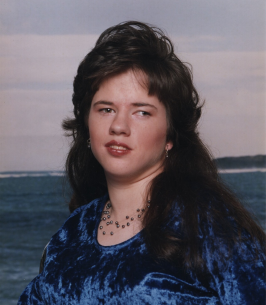 Elizabeth “Liz” Ann Rogers, 41, of Roanoke, Virginia passed away peacefully on Monday, August 29, 2022. She was born on April 22, 1981 to her parents, Virgil “Leighton” Rogers III and O’Nita Sink and was raised in the Roanoke Valley.

Liz was fierce advocate for people with handicaps and disabilities, having faced her share of challenges with her own disabilities. She was an Easterseal’s Ambassador (even appearing in a commercial for Easterseals). Liz was an active counselor and speaker helping to educate and assist people in understanding disabilities. She loved camping and being a counselor at Camp Easterseals in Virginia. Liz wrote poetry and was a “Professional” Candy Crush player. Liz was known for her stubborn and independent nature. She was a devoted friend to many people.

Funeral Services will be held at 2:00 p.m. on Friday, September 2, 2022 at Oakey’s Roanoke Chapel with visitation one hour prior to the service. Burial to follow at Evergreen Burial Park in Roanoke.

The family suggest donations be made to Liz’s favorite charity, Easterseals

My Precious Gift
To most it’s an evil beast,
Robbing them of their God given strength,
Blasting their war beaten bodies with constant bullets of pain,
Jolting them with earth shattering volts of electricity as they sit calm as the sea,
Forcing them to become prisoners of war as they get blown away by the devilish looks of those who forget to peel away the outer shell,
Leaving them to ponder the million dollar question,
Why oh why God did you choose me?
Thank you God for molding me into one of the chosen few,
who rises every morning with an angel smile,
shields the bullets with weapons of endless laughter,
Shelters myself from the storm by asking for the powers to calm the angry seas of my body,
Feeds my knowledge to those with the devilish looks
Welcomes the precious gift of Cerebral Palsy and defeats the evil beast!