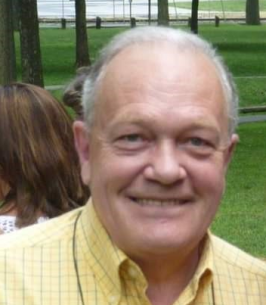 It is with a heavy heart that we announce the unexpected passing of Jack K. Nickens, 76, of Roanoke, Virginia on February 11th 2022.

Jack was born on October 15th, 1945 in Monterey TN to the late Van Buren and Martha Jane Nickens. He graduated from Monterey High School and Tennessee Technological University, receiving his B.S. in Business Administration and was an active member in their R.O.T.C program. Jack fulfilled his military commitment to his country, achieving the rank of Army Captain, serving in the Vietnam offensive, after which, he was stationed in West-Germany and West-Berlin for several years. During this time, he met the love of his life Karin Nickens (nee Peters), with whom he enjoyed 46 years of marriage.

Jack lived in Berlin for over twenty years where he immersed himself in the country's language, culture, and culinary delights. His career included multiple CFO positions with companies such as Sony Classical before he returned to the US to live in Virginia. Always wanting to see more of the world, he enjoyed traveling the US, Europe and had a special fondness for the northern shore of Denmark.
Above all else, Jack valued his immediate and extended family with whom he stayed in faithful contact. He was known for always having a good time, making new friends wherever he went, and for being the life of any gathering.

In addition to his parents, he was preceded in death by his brothers, Van Buren Nickens Jr, and Bob Nickens, and his sisters Nancy Boman, Rosemary Winn, and Barbara Biggers.
Survivors include his wife Karin and daughter Vanessa Nickens of Roanoke, VA; son and daughter-in-law Sean and Karie Nickens and beloved granddaughters Norah and Hanna of Lititz, PA; his sister Peggy Walker of Monterey, Tennessee, and brother Harry Nickens and wife Alicia of Danville, Kentucky, as well as extended family.

Per his personal wishes there will be no official visitation or services, however a celebration of life will be scheduled for a later date.