To share your memory on the wall of Jacque Abrams, sign in using one of the following options:

Jacque was born on April 22, 1924 in Memphis, Hall County, TX to Charles H. Basham and Willie A. Fennell, both of East Texas. She was the oldest of five surviving children and was raised on a ranch in the Texas panhandle. Though she spent much of her adult life in Virginia Jacque was always a proud Texan. In her later teenage years she went to live with her Aunt Sally Constantine in Dallas, TX to finish school and then attend business college. It was there, in 1943, that she married Charles Lannie Line, with whom she would later live in El Paso, TX until his death. Following this loss Jacque returned to live with her Aunt Sally in Dallas and worked for Braniff Airlines at Love Field. She was blessed to eventually find love again, and married Major Bernard B. Abrams, known as “B.B.,” in 1950 at Camp Mabry in Austin, TX where he was stationed with the Texas National Guard. Jacque led the life of an “Army Officer’s Wife,” moving to Washington, D.C. in 1951 and moving frequently thereafter. She and B.B. retired to Burkes Old Tavern, VA in 1970, and she later relocated to Farmville, VA in 1995.

Receive notifications about information and event scheduling for Jacque

There are no events scheduled. You can still show your support by sending flowers directly to the family, or planting a memorial tree in memory of Jacque Rose Abrams.
Plant a Tree

We encourage you to share your most beloved memories of Jacque here, so that the family and other loved ones can always see it. You can upload cherished photographs, or share your favorite stories, and can even comment on those shared by others.

Plant a Tree in Memory of Jacque
Plant a tree 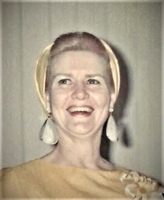