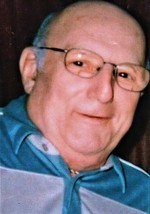 He is survived by his four children, Brian Assenat (Cathy Welsch), Julie Gallagher (Tom), Kenny Assenat (Lori), and Kevin Assenat (Beth), all of Roanoke; and grandchildren, Matthew, Justin, and Jennifer Assenat, Daniel and Taylor Gallagher, Zach and Reid Assenat, and Hayley and Olivia Assenat. Also surviving him are his sister, Margie D’Alessandro; and brother, George Assenat, both of Pittsburgh; numerous nieces and nephews; and his canine companion, Sadie.

Jay was a proud United States Air Force veteran and an avid supporter of America’s service members. He served for many years as a volunteer fireman with the Cave Spring Fire Department. After retiring from Halmode Apparel in 2003, he went to work for The American Red Cross and was able to devote more of his time to the people and hobbies he loved.

Jay will be greatly missed by all who had the honor and pleasure of knowing him. His generous ways, out-going personality, and spirited sense of humor will live on in the hearts of those he touched.

A Graveside Service will be conducted at 2 p.m. on Friday, January 29, 2021, at Blue Ridge Memorial Gardens located at 5737 Airport Road, NW, Roanoke, Va. The Rev. Father Kevin Segerblom will be officiating.

In lieu of flowers, donations can be made to Wounded Warrior Project. Online condolences may be shared with the family at www.oakeys.com.