To share your memory on the wall of Jeanne Bernard, sign in using one of the following options:

Print
Jeanne Carolyn Hall Bernard of 4428 Pheasant Ridge Road in Roanoke, Virginia formerly of Boones Mill died peacefully on July 5, 2020 surrounded by her family who loved her and will miss her deeply. She was the daughter of Bassett Kee and Alena Smith ... Read More
Jeanne Carolyn Hall Bernard of 4428 Pheasant Ridge Road in Roanoke, Virginia formerly of Boones Mill died peacefully on July 5, 2020 surrounded by her family who loved her and will miss her deeply. She was the daughter of Bassett Kee and Alena Smith Hall of Pulaski, Virginia and predeceased by her devoted husband of 66 years John Gordon “Johnny” Bernard of Boones Mill.
Jeanne grew up in Pulaski, Virginia on a dairy farm where her love of playing outdoors led to a lifelong passion for gardening and herbs. As a young girl she excelled in school, was active as a cheerleader, was State Hi-Y president, and always cherished her role as “Jo” in her high school production of “Little Women”. She attended Farmville State Teachers College, now Longwood University, for two years and then transferred to and graduated from Duke University School of Medicine with a degree in Medical Technology. While at Duke, she met and married her first husband Norbert B. Hamilton, a First Lieutenant in the U.S. Army who was killed in action in the invasion of southern France during World War II. After his death, she returned to Pulaski where during the war she worked at the Hercules Powder Plant in Radford as a ballistics technician on the firing range and later in the plant’s hospital as an X-ray technician. During a visit with her former college roommate Elizabeth “Libby” Bernard Saul she met Libby’s brother Johnny, they married in Pulaski, and then settled on Johnny’s family farm in Boones Mill to raise their family.
Jeanne was a wonderful wife and mother to her husband and four children and volunteered for many civic, school, and arts groups. She was a member of the Boones Mill Christian Church where she was one of the first women elders and served in many roles including chairman of the board and Sunday school teacher. She was a charter member and past president of the Boones Mill Garden Club, and a lifetime member of the Virginia Federation of Garden Clubs where she served as parliamentarian for the Blue Ridge District of Garden Clubs in Virginia. She was a founding member and first president of the Franklin Guild, an arts advocacy organization in Franklin County created to bring special cultural events such as theater and the symphony to Franklin County. In 1984, she received the Franklin County Community Service Award.
Jeanne was appointed an election official for Franklin County and served a ten-year term, and then was appointed to the Franklin County Electoral Board for fifteen years where she served as both chairman and secretary. She served a four-year term on the President’s Advisory Board at Ferrum College and a three-year term on the Franklin County Bicentennial Commission where she chaired two historic homes tours. In 1980, she and Johnny restored Johnny’s family home a 1820 Federal brick home called “Old Mansion” and after researching the history of the house and farm, helped to create the Cahas Mountain Rural Historic District, the first rural historic district in Franklin County.
With her background in medicine, Jeanne volunteered for the Red Cross blood mobile. She served on the board of the Franklin Memorial Hospital (FMH) for ten years and was a volunteer in the FMH Auxiliary and awarded a 10,000-hour service pin. She served in several leadership positions on the Board of the Virginia Association of Hospital Auxiliaries and was state president for two years. She served on the board of the Southeastern Hospital Conference of Auxiliaries and on the State Auxiliary Leaders’ Board of the American Hospital Association. She was co-founder of the Free Clinic of Franklin County and served as board chair and as a volunteer in the clinic for many years. In 2014, the newly named Bernard Healthcare Center opened its doors in a newly constructed building for the free clinic.
Jeanne will be remembered most as a mother, grandmother, gardener, and a dedicated healthcare advocate for the citizens of Franklin County.
Jeanne is predeceased by her sister, Elizabeth Lundy and is survived by her sister Eleanor Moore; her son, Stephen Bernard and wife Anne, son Gordon Bernard and wife Diane, daughter Carolyn and husband Edward Hornick, and son Philip Bernard and partner Thomas Grey; grandchildren, Rebecca Hornick, John Hornick and wife Alexa, and Preston Bernard, many dear nephews and nieces with special mention of niece Betty T. Alby of Birmingham, Alabama. Special appreciation is given to her devoted caregiver Susan Gills, the nursing staff at Harmony Collection of Roanoke, and the hospice team at Amedisys.
Due to the ongoing pandemic and several family members who are at risk, the immediate family will hold a private service at the Boones Mill Christian Church with inurnment to follow in the church columbarium. In lieu of visitation, Jeanne’s eulogy, remembrances, and life in photographs will be posted to her Facebook page (which she loved reading) after the service. Please leave comments for family on her Facebook timeline. In lieu of flowers, memorial donations may be given to the Free Clinic of Franklin County or consider planting flowers to make your own world a more beautiful place in Jeanne’s memory. Funeral arrangements are by Oakey’s South Chapel in Roanoke.
Read Less

To plant a memorial tree in honor of Jeanne Bernard, please visit our Heartfelt Sympathies Store.

Receive notifications about information and event scheduling for Jeanne

There are no events scheduled. You can still show your support by sending flowers directly to the family, or planting a memorial tree in memory of Jeanne Bernard.
Plant a Tree

We encourage you to share your most beloved memories of Jeanne here, so that the family and other loved ones can always see it. You can upload cherished photographs, or share your favorite stories, and can even comment on those shared by others.

Posted Aug 06, 2020 at 01:27pm
Please accept our most heartfelt sympathies for your loss... Our thoughts are with you and your family during this difficult time.

Posted Jul 10, 2020 at 10:08am
Cathye and I are so sorry to learn of Jeanne Bernard’s recent passing. She was a lovely person whom I always enjoyed seeing.

The obituary described so well her many accomplishments and how active she was in the community. Jeanne was an inspiration and touched the lives of so many people.

She will be remembered and deeply missed by her many friends and family members. Please know that her wonderful family will be in our prayers.

Posted Jul 08, 2020 at 09:12pm
So sorry about the loss of your Mother Steve. I send my heartfelt condolence to all the family.
Barry Brewer
Comment Share
Share via:
MF

Posted Jul 08, 2020 at 10:22am
Carolyn, I want you to know that my thoughts and prayers are with you and your family. Your mom was such an inspiration to me and so many people. She was always full of joy, laughter and kind words. She used to give me extra treats when I donated blood and I always enjoyed seeing her at the high school sporting events. Please know that heaven has truly gained an angel that will be a shining light forever.
With sincere sympathy,
Mike Ferguson
Comment Share
Share via:
SH 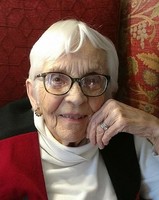