To share your memory on the wall of John Boardman, sign in using one of the following options:

In the fall of 1947, he boarded a train to Lexington, Virginia where he entered his freshman year at Washington and Lee University. He was a member of Beta Theta PI Fraternity and editor of the student newspaper, the Ring-Tum Phi. While at W&L, he met the love of his life, Marilyn Moore, on a blind date. Following graduation, he went to Navy OCS in Newport, Rhode Island, graduating as an ensign. He served on the U.S.S. Gearing in the Korean War. He and Marilyn married in 1952, and they were married 62 years until she died in 2014. After he left the Navy in 1954, he worked for the telephone company. In 1955, he went to work for his father-in-law at Sam Moore Furniture Industries in Bedford, Virginia and in 1957 he purchased the company and became president. In the 40 years he served as president, the company grew to become one of the largest upholstered furniture manufacturers in the Southeast. He served on many furniture manufacturing board and was president of the American Furniture Manufacturers Association for several years. In 1997, John was honored by the AFMA and received their Outstanding Distinguished Service Award. John believed in serving his community and served both the Bedford School Board and the Bedford Hospital Board.

In 1999, following his retirement and the sale of Sam Moore Furniture Industries, he returned to Washington and Lee University and entered law school at 70 years old. In 2006, he was awarded a Certificate of Achievement with honors after completing all courses for a law degree. He lived the remainder of his life in Roanoke where he enjoyed golf, bridge, spending winters in Florida and working on his beloved farm in Bedford County.

John was passionate about many things, but most especially his love for his four daughters, running his business, his farm and his health. He was an avid runner from an early age and lived with diabetes for over 45 years. John survived cancer, a heart attack, and was even struck by lightning twice in his life and lived to tell the tales. Speaking of telling tales, he was quite the storyteller and loved to tell and retell his funny stories to anyone who would listen.

He was predeceased by his parents, and his wife of 62 years, Marilyn Moore Boardman. He is survived by his four daughters, Scottie Boardman House of Winston-Salem, N.C., Holly Boardman Burton and her husband, Doug, of Apex, N.C., Beth Boardman Grant and her husband, Gregor, of Wayne, Pa., and Cathy Boardman of Atlanta, Ga.; and his brother, William Penniman Boardman and wife, Nancy, of Duxbury, Mass. He leaves behind eight grandchildren, Jim House and wife, Molly, of Raleigh, N.C., Catherine House and husband, Brian Kreher of Winston-Salem, N.C., Grace Burton of Raleigh, N.C., Doug Burton Jr. of Columbia, S.C., John Burton of Pinehurst, N.C., Sheldon and Jack Ennis of Wayne, Pa., and Nora Boardman of Atlanta, Ga. He had three stepgrandchildren, Bryce Grant and wife, Sarah, of Swarthmore, Pa., Rowan Grant of Portland, Ore., and Wallis Grant of Wayne, Pa. He also had three great-grandchildren, Sam, Charlotte and Lilly House of Raleigh, N.C., and he was expecting twin great-granddaughters this fall; three nieces; two great-nieces; and one great-nephew.

His daughters are forever grateful to Edith Bradley for her wonderful care.

In lieu of flowers, memorials can be made to The Bedford Family YMCA and to the Juvenile Diabetes Research Foundation.
Read Less

Receive notifications about information and event scheduling for John

There are no events scheduled. You can still show your support by sending flowers directly to the family, or planting a memorial tree in memory of John King Boardman Jr..
Plant a Tree

We encourage you to share your most beloved memories of John here, so that the family and other loved ones can always see it. You can upload cherished photographs, or share your favorite stories, and can even comment on those shared by others.

Plant a Tree in Memory of John
Plant a tree
1 tree has been planted in memory of John King Boardman Jr.
BG

Posted Jul 17, 2020 at 02:00pm
Sarah and I are thinking of you and your family during this difficult time. Love to all of you. Big John will be missed.

Posted Jul 14, 2020 at 06:01pm
John Boardman was an incredibly loyal Washington and Lee University alumnus. I was proud to serve as the John K. Boardman Politics Professor thanks to the generosity of John and Marilyn. My wife and I enjoyed numerous dinners and visits with the Boardmans over the years. John will be remembered fondly as a true Virginia Gentleman who was endlessly loyal to his alma mater.

Posted Jul 11, 2020 at 09:48am
I had the pleasure of working for Mr. B as I called him. He was a wonderful person and always had that beautiful smile. Sam Moore furniture was never the same without him. It was an honor to know him. Prayers to his daughters, he talked about you often and was so proud of you all!
Comment Share
Share via:
DG

I cut Mr. Boardman’s hair for many years in Bedford. He was such a nice man. I always enjoyed our talks. He will be missed by so many. He truly loved his family. Praying for you all. 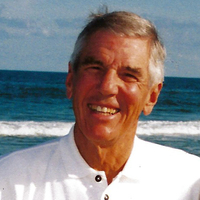