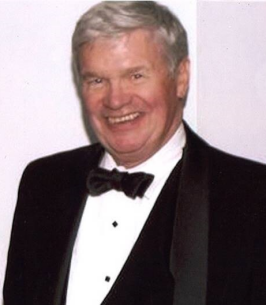 Milton Lanier Woodrum, 80, died on September 8, 2022, at home in Roanoke following a brief illness. Lanier was born in Quantico Va on the Marine base in 1942, the son of Clifton Alexander Woodrum Jr. and Margaret Lanier Woodrum Chambers, both of whom predeceased him. He is survived by his wife of 42 years, Beverly Tretter Woodrum; his son, Milton Lanier Woodrum Jr; his daughter, Melissa Woodrum O'Hara; and his grandchildren, Finn, Aidan, and Vivian O'Hara; and Mary Coy, Elizabeth, and Catherine Woodrum.

Lanier grew up in Roanoke and attended Episcopal High School in Alexandria Va graduating in 1961, having been voted “Funniest” senior. At EHS he played football and lettered in wrestling. He then attended Washington & Lee University, graduating in 1965 with a BS majoring in Commerce. At W&L Lanier also wrestled and was a member of KA fraternity and also the Mongolian Minks. Lanier made many lifelong friends at both EHS and W&L whom he stayed in touch with ever after. Shortly thereafter Lanier enrolled in UVA’s Darden School of Business, graduating with an MBA in 1969.

From his early youth Lanier was an avid sportsman, and he hunted, fly fished, and skied in many far-flung places. He was a longtime member (eventually Emeritus) of the Bourbon Springs Society of Craig County Va, and the mountains and stream there were places dear to him throughout his entire life.

In 1977 Lanier returned to W&L, attending the School of Law. He graduated cum laude with a JD in 1980. He was very proud to have contributed to the Review in his second year. Shortly after adding an “Esq.” to his name, Lanier joined Woodward Fox & Wooten where he would practice insurance law for the next 20 years. During this time circa 1979, Lanier met Beverly Tretter who first spotted him on paper as his application for a summer internship came across her desk at the Commonwealth Attorney’s office where she worked. Pretending she liked beer, Beverly and Lanier would shortly become best friends, confidantes, and married companions in adventure until the end. They settled in a house on the mountain where they remained happily ever after with a revolving cohort of cats and dogs for company.

In contrast to some who begin to gather dust as they withdraw into the office or such at this stage, Lanier took that other path which led to more and more time upon the water and under the sky. Starting with a trip to Belize in 1985, he encountered bonefish and got salt in his veins - and he never looked back. For the next thirty years he traveled the world with a fly rod and with Beverly, in pursuit of salt-water gamefish and occasionally large trout - from Alaska to the Amazon and all points in between. They were constantly on to the next adventure and saw much of the world as the passport stamps, new friends, and trophy fish of countless species piled up. Time at home was spent reassuring the pets (later in life than some, Lanier discovered that he really actually liked cats), tying flies for the next trip, and ducking into the office.

Never officially retiring, he maintained a law practice with his brother Clifton “Chip” Woodrum III in downtown Roanoke. Lanier was also a (very) regular member of the Shenandoah Club, where he occupied the same table on most days with a lunch group made up of rascals from the early times, where they vigorously discussed politics and reminisced about the salad days of illicit beer and bluegrass. Later in life he returned to shooting sports and spent an inordinate amount of time with a steady gang shooting at clays.
Until the end, Lanier maintained his constant fierce wit, love of banter, love of history, his loyalty to his original principals, and a deep respect for nature and all of the creatures within.

A service in memory and in celebration of Lanier Woodrum's life will be held at 11 a.m. on Friday, September 23rd, 2022, at St. John's Episcopal Church in Roanoke. A private graveside service will be held before at Evergreen Burial Park. In lieu of flowers, contributions to The Tunnels to Towers Foundation, or the Roanoke Valley SPCA, or to the charity of your choice would be appreciated.