To share your memory on the wall of Lynn Avis, sign in using one of the following options:

Lynn was proceeded in his death by his parents, Lois Starkey Avis and Harry Thomas Avis.

Lynn was proceeded in his death by his parents, Lois Starkey Avis and Harry Thomas Avis.

Lynn graduated from Jefferson High School in 1953 and the Virginia Military Institute, Class of 1957. After serving in the United States Army, Lynn went to work for Virginia Pre-stressed Concrete. He joined Frye Building Company as the representative for their new building line, Butler Manufacturing. As a pioneer in the pre-engineered building industry and through Lynn’s sales efforts, he put Butler on the map in Virginia. In 1977, he founded Avis Construction completing many buildings around Roanoke and Southwest Virginia.

Family was important to Lynn and he was a devoted husband, father, grandfather, and son. He loved his church, family, friends, and the Roanoke Valley. Lynn served as a Deacon and Elder of Second Presbyterian Church in Roanoke. He served on the Board of Roanoke Gas Company, The Shenandoah Club (President), Roanoke City Industrial Development Authority (Chairman), Roanoke City Building Code Appeal Board (Chairman), Roanoke Valley Development Foundation, The Achievement Center, Westminster Canterbury of Lynchburg, The Salvation Army, and The Julian Stanley Wise Foundation.

Receive notifications about information and event scheduling for Lynn

There are no events scheduled. You can still show your support by sending flowers directly to the family, or planting a memorial tree in memory of Lynn Duke Avis.
Plant a Tree

We encourage you to share your most beloved memories of Lynn here, so that the family and other loved ones can always see it. You can upload cherished photographs, or share your favorite stories, and can even comment on those shared by others.

Posted Jun 05, 2020 at 11:29am
Our condolences from our family to yours. Lynn was a good friend and will be missed.
Harry G. Johnson, Jr. and family
Comment Share
Share via:
DL

Posted May 25, 2020 at 04:36pm
Dear Suzanne and family, Greene and I are so sorry for your loss. Y’all are in our prayers.
Dodi Lawson
Comment Share
Share via:
DJ

Posted May 23, 2020 at 10:35am
Scott and family,
We send sincere condolences as you grieve the loss of your father.
"Death takes the body. God takes the soul. Our minds hold the memories. Our heart keeps the love. Our faith lets us know that we will meet again." - Unknown
In sympathy,
Roer and Stefanie Fowler
Comment Share
Share via: 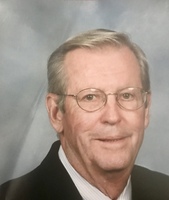