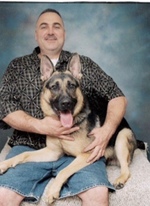 Mark Neese of Roanoke, Virginia, went to be with his Lord and Savior Jesus Christ Tuesday, May 26, 2020.

Mark was born in Roanoke, VA,on February 1, 1966, to the late Nina and David Neese. He is preceded in death by his Father and Mother-in-law George and Alice Johnson. Brother-in-law William Leighton.

Mark was a graduate of North Side High School, where he played his favorite sport, football. After graduation, Mark enlisted in the Army. His Military Occupational Specialties was Military Police. Mark also attended Liberty University and obtained an Advanced Bible Studies certificate on May 14, 2016.

Mark was an avid Florida State Football Fan from the day Bobby Bowden left West Virginia University and went to Florida State. Mark had a great love for college football; he was always in high anticipation for the season to begin. He would make sure all his chores got done in the off-season. Mark also was a Duke fan for life.

At an early age, Mark accepted Christ. He was an active member of Hope of Israel. It was his mission to work for God in hopes that no one would step out into eternity unsaved.


We extend a special thank you to the Roanoke Memorial Doctors and nurses on Intensive Care Unit Nine South. We greatly appreciate the tenderness shown to the family and the wonderful care he received.

Online condolences may be made at www.oakeys.com