To share your memory on the wall of Mavis Bailey, sign in using one of the following options:

She is survived by her children, Rebecca B. Hotze (Curtis) of Richmond and Anthony D. Bailey (Kathy) of Bedford as well as her grandchildren, Andrew Bailey (Whitney) of Mullica Hill, NJ, Kathrine Bailey Lombardi (Nick) of Charleston, SC, and Marc Bailey (Dani) of Bedford. She also has four great-grandchildren, Lena and Eleanor Bailey and Jack and Sam Lombardi.

Mavis was born in Newbury, Berkshire, England on July 23, 1924. She was a World War II war bride and came to the US in 1945, living first in Huntington, WVA and then later in Roanoke, VA. She became a US citizen soon after arriving in the states but never forgot her British roots. She worked for several years supporting office functions for local physicians in Huntington while raising her children. After moving to Roanoke, she developed her love of painting and was a regular for several years in local art shows. She also loved to compete in ballroom dancing competitions and often combined this with her love for travel.

Mavis was a great lover of animals and provided a home for numerous Siamese cats over her lifetime. She also was proud of her British heritage and regularly participated in the Roanoke "Local Colors Festival" as a member of the British Tea Sippers club.

A brief service will be held in the Roanoke "Chapel of Light" mausoleum at Evergreen Burial Park on Thursday, June 4 at 11:00 AM. Due to current distancing requirements, attendance is limited and masks will be required.

In lieu of flowers and in honor of Mavis, please consider making a donation to the Roanoke Valley SPCA, 1340 Baldwin Ave., N.E. Roanoke, VA 24012.

Receive notifications about information and event scheduling for Mavis

We encourage you to share your most beloved memories of Mavis here, so that the family and other loved ones can always see it. You can upload cherished photographs, or share your favorite stories, and can even comment on those shared by others.

Plant a Tree in Memory of Mavis
Plant a tree 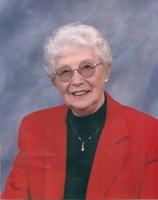