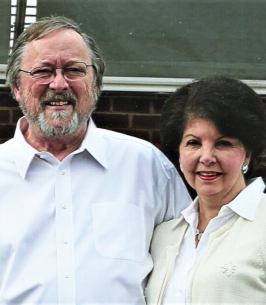 Vincent was born in Roanoke, Va., to his parents, Virginia C. Reynolds and William V. Reynolds. Vince grew up in Vinton, Va., graduating from William Byrd High School in June of 1962. He began working part time
for Times-World Corporation in 1965 as a truck loader (which later became Roanoke Times and World
News). He served as a parkway ranger for three years.

Vince married his high-school sweetheart, Robin Ann Reynolds, in 1968. He then went on to have a very successful career at the Roanoke Times for more than 30 years where he would later retire in February of 2000 as the Production Director.

Vince was a contributor to several community outreach programs, including the Clean Valley Council and other charities in the Roanoke Valley. Vince had a love for history, genealogy, and antiques. He also served as an active member at Greene Memorial United Methodist Church initiating the crib ministry program.

A Graveside Service will take place at 11:30 a.m. on Friday, January 7, 2022, at Mountain View Cemetery, Vinton. This is open to all who wish to attend and pay respects to Vincent and his family. Online condolences may be shared with the family by visiting www.oakeys.com.