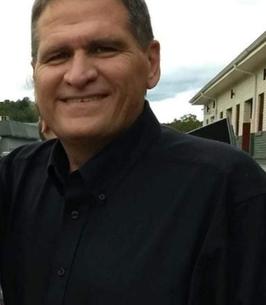 Steven “Kirk” McDaniel, 56, of Ridgeway, Virginia went to be with his Lord and Savior on Wednesday, January 26, 2022, at his home.

He was born on October 21,1965, in Crane, Texas to Arvile Gene McDaniel and Edna Wendelene Jordan McDaniel. As a small child “Kirk” moved to Colbert, Oklahoma. He graduated from Colbert High School and SE Oklahoma University. He worked at Georgia Pacific in Ridgeway as a Logistics Manager.

Kirk enjoyed playing sports (baseball), hunting, fishing, and singing Karaoke. He enjoyed cooking and all his family enjoyed eating his meals. He was an exceptional husband, father, son, brother, pawpaw, friend, and role model. He was known for his hugs and his ability to listen and show empathy. His leadership in all aspects of life made people he knew strive to be better humans. He enjoyed spending time with family and friends and always made sure to do the "little things" to make life easier for those who he loved. He was known for his sense of humor and always wanted to leave a smile on the face of anyone he came in contact with.

“Kirk” was preceded in death by his grandson, Liam Fink.

In lieu of flowers, "Hug up your loved ones tight." Online condolences may be made to the family at www.oakeys.com.

To view the Memorial Service, click on the Photos & Videos tab at the top of the screen, scroll down to
Watch Tribute video.
Copyright music has been edited out of this video.