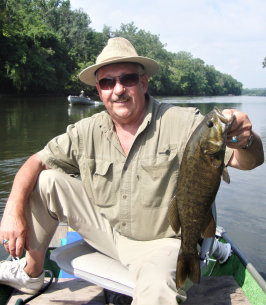 Everette Wayne Ellis of Roanoke, Va., passed away on Wednesday, April 20, 2022, while pursuing one of his many passions in life, fishing.
Wayne was born on August 20, 1943, in Sinks Grove, W.Va. A graduate of Union High School in Union, W.Va., he also attended Concord College on a baseball scholarship. He was the son of William Bryce and Nellie Rose Spangler Ellis.

Preceding him in death were his parents, brother Howard “Sonny” Ellis of Sinks Grove, W.Va., and sister, Mary Jo “JoJo” Ellis.
Wayne served in the Army Reserves, attaining the rank of Lieutenant. He also served as a minister in the United Methodist Church after graduating from Duke Divinity School, acting as a circuit preacher in and around the area of Sinks Grove, W.Va., covering nine churches. Wayne will be best remembered as a pilot: crop dusting in central Virginia, skirting treetops in the valleys of West Virginia, providing white glove service to corporate passengers en route to everywhere.

He spent much of his career as a pilot, both private and corporate, and was also a flight instructor. He retired as a pilot from Virginia Tech. Wayne was an intelligent and affable friend to many. He was philosophical and enjoyed discussing politics, current events, and ethics. He was a music lover as well as a musician, and a meaningful friend and sponsor to many people in the AA program.

In his younger days, he enjoyed golf, and in later years, he enjoyed fishing and spending time at Smith Mountain Lake. He was a “Mr. Fix-It” of sorts - owner of many busted knuckles - most recently working on restoring a boat. He never slowed down and enjoyed retirement to its fullest. Mostly he was a beloved husband, father, grandfather, uncle, and companion.

In accordance with his wishes, no service will be held. There will be a visitation from 2 to 4 p.m. on Saturday, April 30, 2022, at Oakey’s Roanoke Chapel, in downtown Roanoke. Friends are invited to come share happy memories. In lieu of flowers, please consider donations to the Rescue Mission in Roanoke, VA in his memory.