To share your memory on the wall of William Teeter, sign in using one of the following options:

Jeff was born and raised in Roanoke, VA, until he moved to Franklin County in 1984 with his wife, Kathryn Collins Teeter. He has two children, Karla Louise Teeter and William... Read More
William Jeffrey “Jeff” Teeter - June 2,1956 - June 4, 2020

Jeff was born and raised in Roanoke, VA, until he moved to Franklin County in 1984 with his wife, Kathryn Collins Teeter. He has two children, Karla Louise Teeter and William Collin Teeter and two loving pups Allie and Sandy. He was preceded in death by his mother, Betty Drymon Phillips, and his father John Harold Teeter. Jeff was number four in five brothers, the Teeter boys: John, Tom, Bob, Jeff and Dan, but he was the first to go. The love of his brothers and their companionship was wonderful to watch and the more, the merrier it got. You never knew what they were going to say or what the topic would be, but they always have you laughing. A great part of that dynamic is missing now and will be forever missed but, he will be with us always in spirit.

Jeff was such a smart, strong, hard working man. He was a loving husband, wonderful father and loyal friend. His sense of family was extraordinary and he took care of us, even at the end. He loved BMWs and watching races at VIR in Alton, VA and “antiquing” road trips with his wife. Jeff always read the obituaries in the paper and said he was looking to see if his name was in it, well darling now it is! I love you sweet man and will see you again one day!!
Read Less

To plant a memorial tree in honor of William Teeter, please visit our Heartfelt Sympathies Store.

Receive notifications about information and event scheduling for William

There are no events scheduled. You can still show your support by sending flowers directly to the family, or planting a memorial tree in memory of William Teeter.
Plant a Tree

We encourage you to share your most beloved memories of William here, so that the family and other loved ones can always see it. You can upload cherished photographs, or share your favorite stories, and can even comment on those shared by others.

Posted Jun 10, 2020 at 06:45pm
Bob & Tom, I am so sorry to hear about your brother. Having lost mine just 10 days ago I know what you are going thru. Be thankful you have a large family to help you get thru this. I will bet thinking of you both.
Ted Smith
Comment Share
Share via: 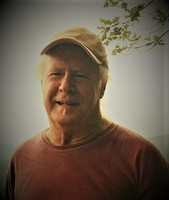