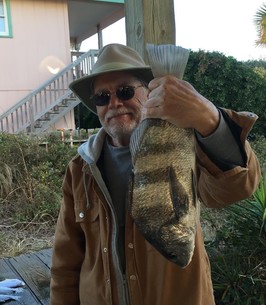 Willis M. Muska passed away on Monday, July 25, 2022, at the age of 76. He was raised by his parents, the late Gladys and Stephen Muska of Dinwiddie, Virginia. Mr. Muska attended Old Dominion University. He was a U.S. Army veteran who served his country as a First Lieutenant in Vietnam.

Left to cherish his memory are his three children, Stephanie, Anne, and Willis, and four grandchildren, Emily, Molly, Hayden, and Lydia.

Mr. Muska was a distinguished engineer, inventor, and scientist whose work resulted in the creation and development of many successful high-technology products. Several of these products were “firsts” in the fiber optic communications industry. During his career, Mr. Muska worked at Bell Labs, ITT, FiberCom, Litton, GE, and other technology companies in the Roanoke Valley. He retired in 2011.

With a quick wit and an engaging laugh, Willis was both friend and mentor to his colleagues and co-workers. He was always available to share his knowledge and experience.

Willis will be greatly missed by those of us who knew him and loved him. A burial at sea will be held in Cape Hatteras in October.