To share your memory on the wall of Catherine Caspole, sign in using one of the following options:

Catherine was outgoing and enjoyed many friendships. An accomplished equestrian, she and her horse Therapy won numerous awards performing Dressage. She enjoyed traveling, skiing and knitting hats for premature infants in the Neonatal Intensive Care Unit. She was a member of the Daughters of the American Revolution, the Roanoke Women’s Foundation and volunteered at the American Cancer Society’s Discovery Shop.

Possessing a strong faith, Catherine was active throughout her life in the Episcopal Church. She completed a four-year curriculum in Education for Ministry through the School of Theology at the University of the South in Sewanee, Tennessee. Her faith helped her through a series of severe medical problems and enabled her to face them with courage and resilience.

Catherine was predeceased by her mother and father, Amelia Deekens and Edmund Pendleton, and her younger brothers Felton and Frank. She is survived by her brothers and sisters- in- law, Edmund and Beth Pendleton of Wytheville, John and Jill Pendleton of Roanoke, Edwin and Deborah Donnelly of Falmouth, Massachusetts, and John Caspole of Granville, Ohio as well as numerous nieces and nephews.

She will be buried with Ralph at a future date in Arlington National Cemetery.

To plant a memorial tree in honor of Catherine Caspole, please visit our Heartfelt Sympathies Store.

Receive notifications about information and event scheduling for Catherine

There are no events scheduled. You can still show your support by sending flowers directly to the family, or planting a memorial tree in memory of Catherine Caspole.
Plant a Tree

We encourage you to share your most beloved memories of Catherine here, so that the family and other loved ones can always see it. You can upload cherished photographs, or share your favorite stories, and can even comment on those shared by others.

Jim and I are very sorry to learn of the passing of Catherine and she was such an amazing person.
We enjoyed so much having John and Jill over to learn about our Gilkeson family heritage.
Comment Share
Share via: 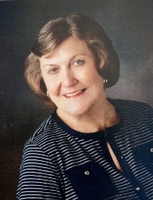