To share your memory on the wall of Earl Powell, sign in using one of the following options:

The second of eleven children, he was born to Thomas Marshall Powell (“Tom”), and Annie Kate Ferrell. Growing up on the family farm outside of Yanceyville, North Carolina, he learned strong moral principles and developed a diligent work ethic during the Great Depression. Those values branded his long life of industriousness and attentive devotion.

During World War II, he served in the US Army 108th Engineer Combat Battalion. After being stationed in New Guinea, the Philippines, and Japan, his unit was one of the first to arrive on the mainland in September 1945. After “three years and nine days”, as he told it, he was discharged on January 9th, 1946, and came home to Caswell County, NC.

Following the war, his work as a magazine salesman brought him to Roanoke, Virginia, where he met the great love of his life, Reba Holland, on February 2nd, 1949. He’d often repeat that she was the prettiest woman he’d ever seen. They were married on June 1st, 1956, and he spent 64 years by her side. Together they raised and loved four children.

With a natural talent for sales, he founded Dixie Contracting company, and ran the vinyl siding and home improvement business for more than 50 years. He maintained his business license until he was 89 years old, and derived great pride from his work. Leaving lasting impressions on many of his customers, he often told stories of the roads he traveled and the people whose houses he fixed.

There don’t exist words good or telling enough to explain how wonderful he was. A true southern gentleman, devoted to his family, constant and unwavering in his love and affections; he took our hearts with him when he died. We both smile and cry, remembering the simple pleasures that he remained so appreciative for. The excitement he had picking the first tomato of the summer; the thrill of hunting and fishing. Our memories will be of him reading books in his corner chair, working in the garden in the early mornings, and sitting at the kitchen table, happy to see you when you came through the door. He is truly irreplaceable.

Earl is survived by his wife Reba Powell (95); daughter, Kim Craighead (Roscoe); sons, Rick Powell (Carol), and Don Roman (Maria); son-in-law, Rock Henderson, and brother, Jim Powell (Brenda). He was proceeded in death by his daughter, Sherry Henderson (1947-2020; wife of Rock), whom he lost with much sadness earlier this year. He leaves behind seven loved grandchildren, eight, and soon to be nine dear great-grandchildren; as well as great-great-grandchildren, loving nieces, nephews, cherished neighbors, and a multitude of long-time friends who will miss him so dearly.

Private arrangements will be made at the convenience of the family. Online condolences can be shared at www.oakeys.com.
Read Less

Receive notifications about information and event scheduling for Earl

There are no events scheduled. You can still show your support by sending flowers directly to the family, or planting a memorial tree in memory of Earl Thomas Powell.
Plant a Tree

We encourage you to share your most beloved memories of Earl here, so that the family and other loved ones can always see it. You can upload cherished photographs, or share your favorite stories, and can even comment on those shared by others.

Posted Dec 30, 2020 at 09:39pm
We will miss Earl. Please accept our most heartfelt sympathies for your loss... Our thoughts are with you and your family during this difficult time.

3 trees were planted in the memory of Earl Powell

Posted Jan 05, 2021 at 06:39pm
With heartfelt condolences, for a faithful Husband, Father, Brother-in-law, and Uncle.... always blessed with an encouraging word and a smile.

Posted Dec 23, 2020 at 02:43pm
I WAS SO SORRYTO HEAR ABOUT EARL.I FONDLY REMEMBER TALKING TO EARL AND THE POWELL FAMILY WHILE MY MOTHER WAS AT OUR LADY OF THE VALLEY.EARL WAS TRULY A GENTLEMAN AND A VERY KIND MAN.I ALSO APPRECIATED THE KINDNESS MY FAMILY WAS SHOWN AT MY MOTHERS PASSING BY THE POWELL FAMILY. H B HODGES
Comment Share
Share via:
LS

Posted Dec 23, 2020 at 12:16pm
Earl was a true gentleman. Reba and my mother were best friends until my mother passing in 1991. I have fond memories of going to the Powell house, since they just live the next street over from us. I have not kept in touch with the family since my mothers passing, but I think of them often and I always smile when I pass by their house, which is multiple times a day. Donnie, Rick, Kim and all of the family, I am so sorry to learn of Earl's passing. He was loved by many and I will always cherish the memories of him and the good times hanging out with y'all. You will be in my thoughts and prayers. 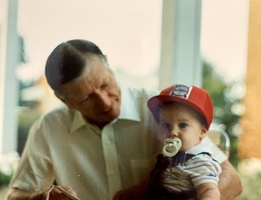 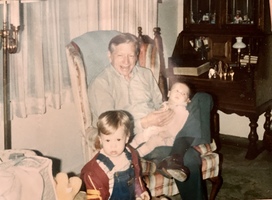