To share your memory on the wall of Jack Cumbie, sign in using one of the following options:

Jack served his country in the U.S. Navy during World War II and was involved in the D-Day Invasion of Normandy. He was awarded various medals including the Pu... Read More
Jack Earl Cumbie, 94, of Roanoke, passed away on Wednesday, October 28, 2020.

Jack served his country in the U.S. Navy during World War II and was involved in the D-Day Invasion of Normandy. He was awarded various medals including the Purple Heart, European Campaign Medal, and the World War II Medal.

He was predeceased by his wife, Mamie Webster Cumbie; and two brothers, Fred Cumbie and Buck Cumbie.

The family would like to extend their sincere appreciation to the staff at Carilion Hospice for their compassionate care of Jack. In lieu of flowers, friends are encouraged to make a contribution in Jack’s honor to Carilion Hospice by calling them at (540) 224-4753.

To plant a memorial tree in honor of Jack Cumbie, please visit our Heartfelt Sympathies Store.

Receive notifications about information and event scheduling for Jack

We encourage you to share your most beloved memories of Jack here, so that the family and other loved ones can always see it. You can upload cherished photographs, or share your favorite stories, and can even comment on those shared by others. 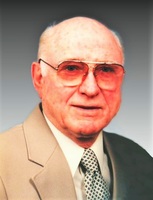