To share your memory on the wall of Virginia Paitsell, sign in using one of the following options:

To plant a memorial tree in honor of Virginia Paitsell, please visit our Heartfelt Sympathies Store.

Receive notifications about information and event scheduling for Virginia

There are no events scheduled. You can still show your support by sending flowers directly to the family, or planting a memorial tree in memory of Virginia Paitsell.
Plant a Tree

We encourage you to share your most beloved memories of Virginia here, so that the family and other loved ones can always see it. You can upload cherished photographs, or share your favorite stories, and can even comment on those shared by others.

Posted Jul 30, 2015 at 12:00am
Our prayers are with all of the family. My husband Bo works at South Roanoke Nursing home and I got the pleasure of meeting Mrs Paitsell and having many conversations with her. She was a beautiful lady inside and out. Bo thought very highly of her as well as I. She will be missed.
Comment Share
Share via:
HS

Posted Jul 30, 2015 at 12:00am
Mrs. Paitsell was my teacher at Grandin Court Elementary one year in the early Fifties. Although I had a number of good teachers during the twelve years I was a student in the Roanoke City schools, she was one of the very, very best. She made a big difference in the lives of countless kids.
Comment Share
Share via:
HS 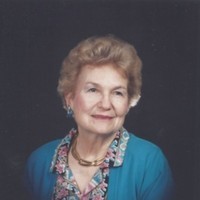